It’s no secret that plants produce oxygen but did you know that researchers can actually model how much? This important by-product of plant photosynthesis is a very fortunate consequence for humans because life would not be possible without a stable atmospheric concentration of oxygen. University faculty at an internationally recognized plant physiology research program have been working to determine how much fresh oxygen is produced by natural grass lawns throughout the world. There are many factors that influence oxygen release by plants. They include temperature, light (solar radiation), moisture, nutrients, radiation use efficiency, and the varying photosynthetic pathways found in cool-season and warm-season grasses.

Researchers gathered local weather data such as temperature and solar radiation from 31 cities in the United States, Canada, Australia, and Europe and combined it with an understanding of growth in plants to determine how many people per day lawns can support through fresh oxygen production. Check out the figures below to see how much oxygen is produced by lawns in a city near you! 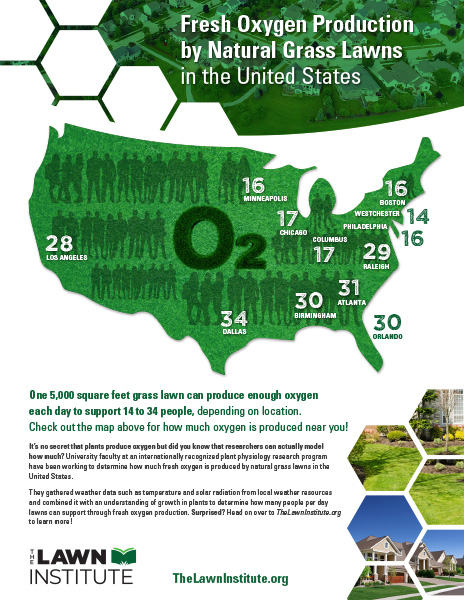 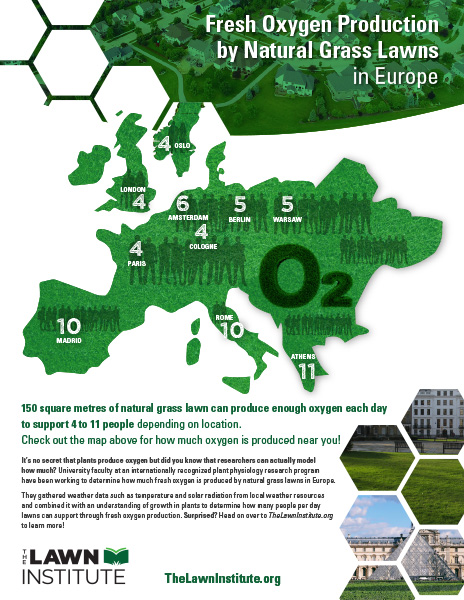 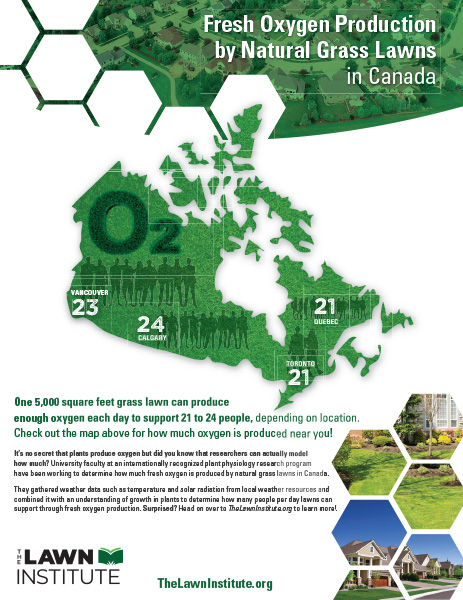 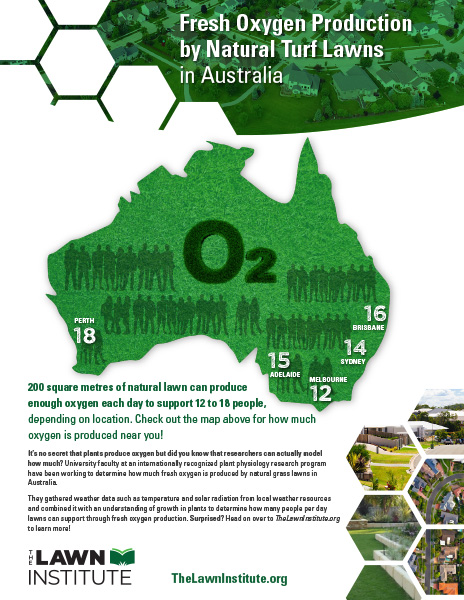 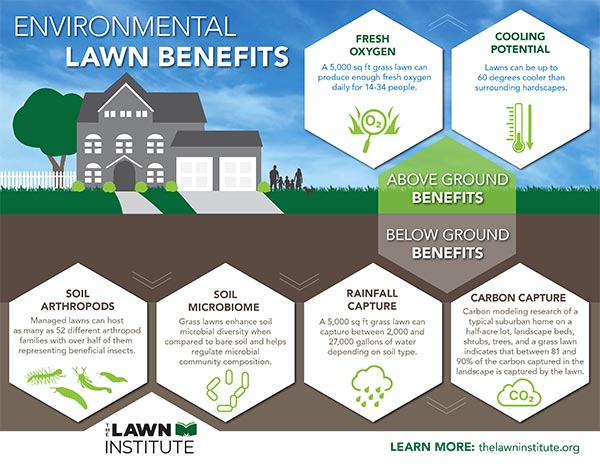