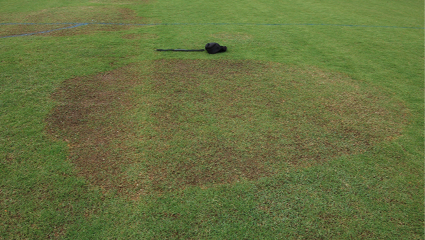 Large patch was formerly called brown patch, the same disease that affects cool-season grasses during hot weather. Other than the fact that they affect different grasses, there are several important differences between brown patch and large patch that necessitated a name change: they occur at different times of the year, produce distinct symptoms, are caused by different strains of the fungus Rhizoctonia solani, and require very different control strategies.

Large patch begins to develop when soil temperatures decline to 70°F (21°C) in the fall, but the symptoms do not necessarily appear at this time. The symptoms of large patch are most evident during periods of cool, wet weather in the fall and spring. In many cases, symptoms may not become evident until early spring when the warm season grasses are greening up.

Large patch is favored by excessive nitrogen in the fall and spring, poor soil drainage, over-irrigation, excessive thatch accumulations, and low mowing heights. Centipedegrass and seashore paspalum are most susceptible to large patch, followed by zoysiagrass, and then St. Augustinegrass. Bermudagrass, rarely affected by large patch, recovers very quickly when the disease does occur.

Establishment of a disease-resistant turfgrass species is the most effective means for management of large patch. Bermudagrass rarely sustains significant damage from large patch, and grows of out the symptoms quickly when the disease does occur. In contrast, centipedegrass, seashore paspalum, St. Augustinegrass, and zoysiagrass often sustain serious damage and recovery can take several weeks or months.

Avoid establishing warm-season grasses in low lying areas that remain saturated for extended periods of time from surface runoff. If this is unavoidable, install subsurface drainage to remove excess water from the soil. Irrigate only as needed to prevent severe drought stress in the fall and spring. Control traffic patterns to prevent severe compaction, and aerify as needed to maintain soil drainage and aeration. Mow at recommended heights, and power rake or vertical mow as needed to control thatch accumulations. 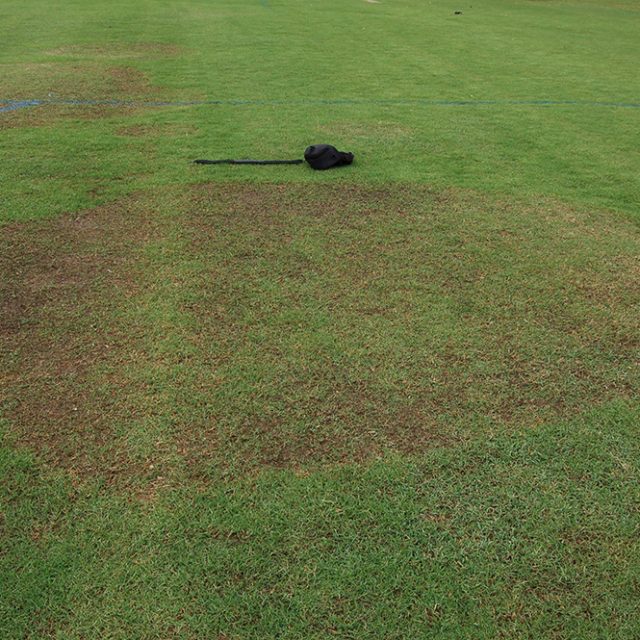 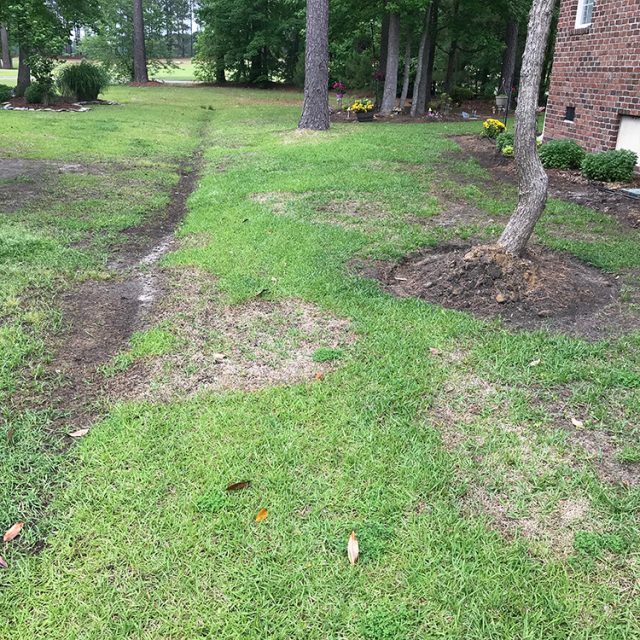 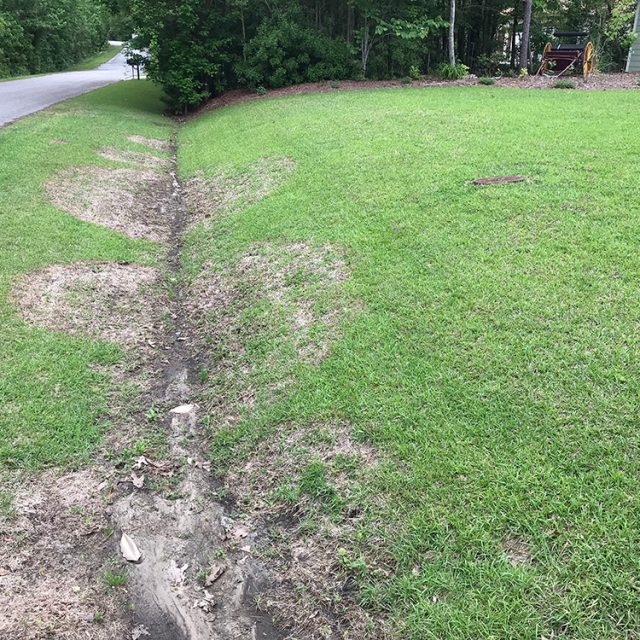 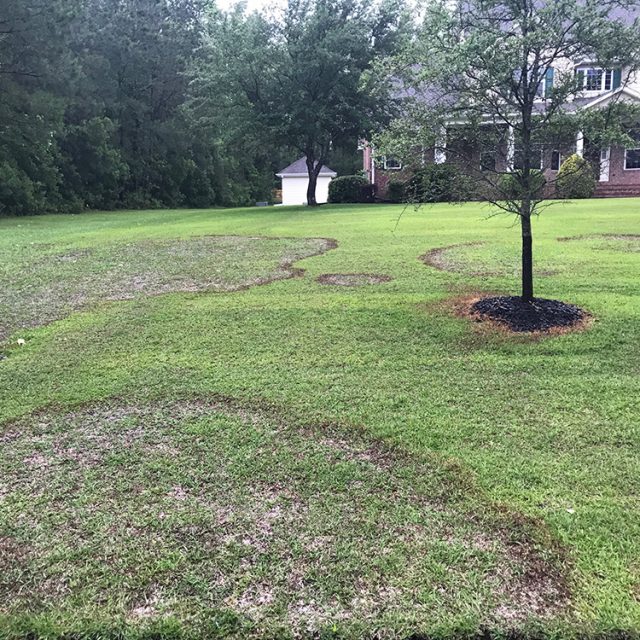 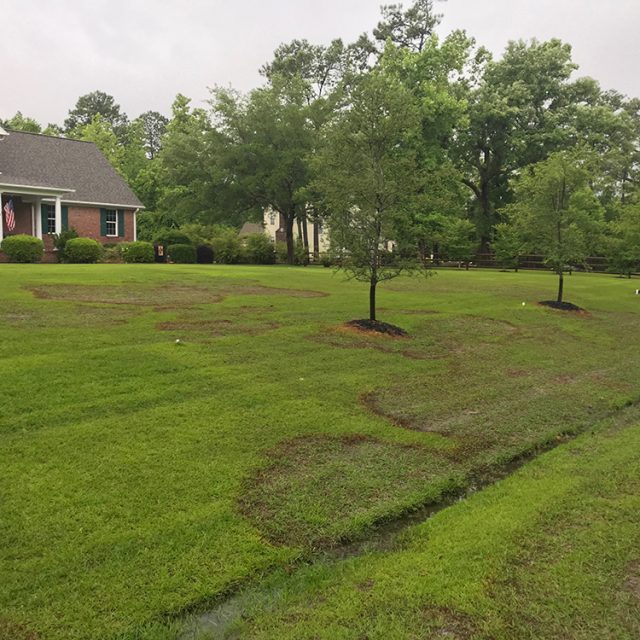 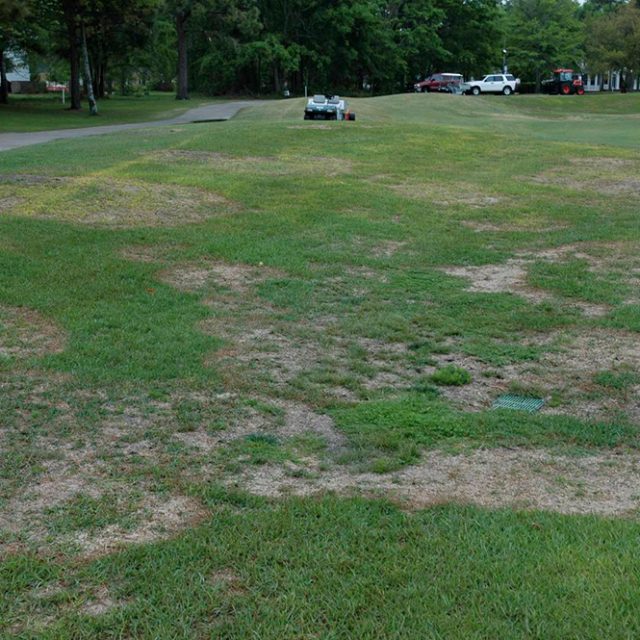 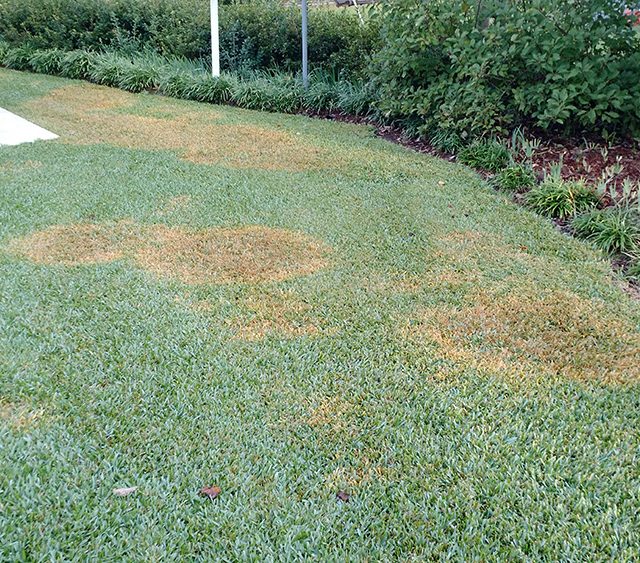 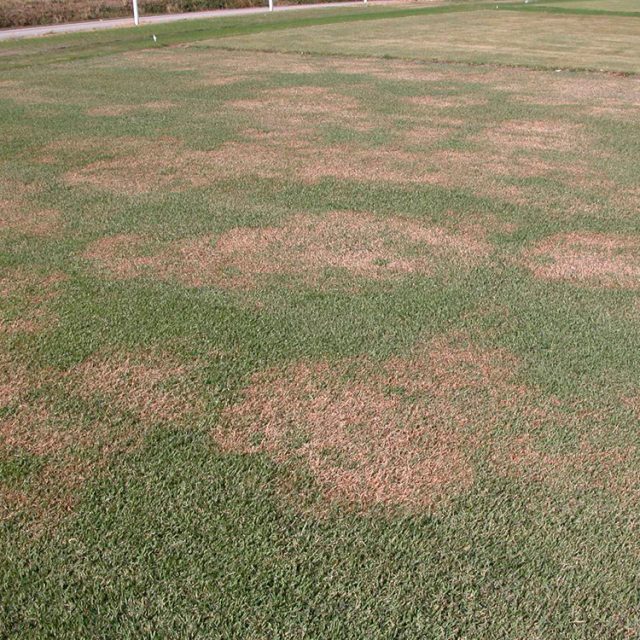