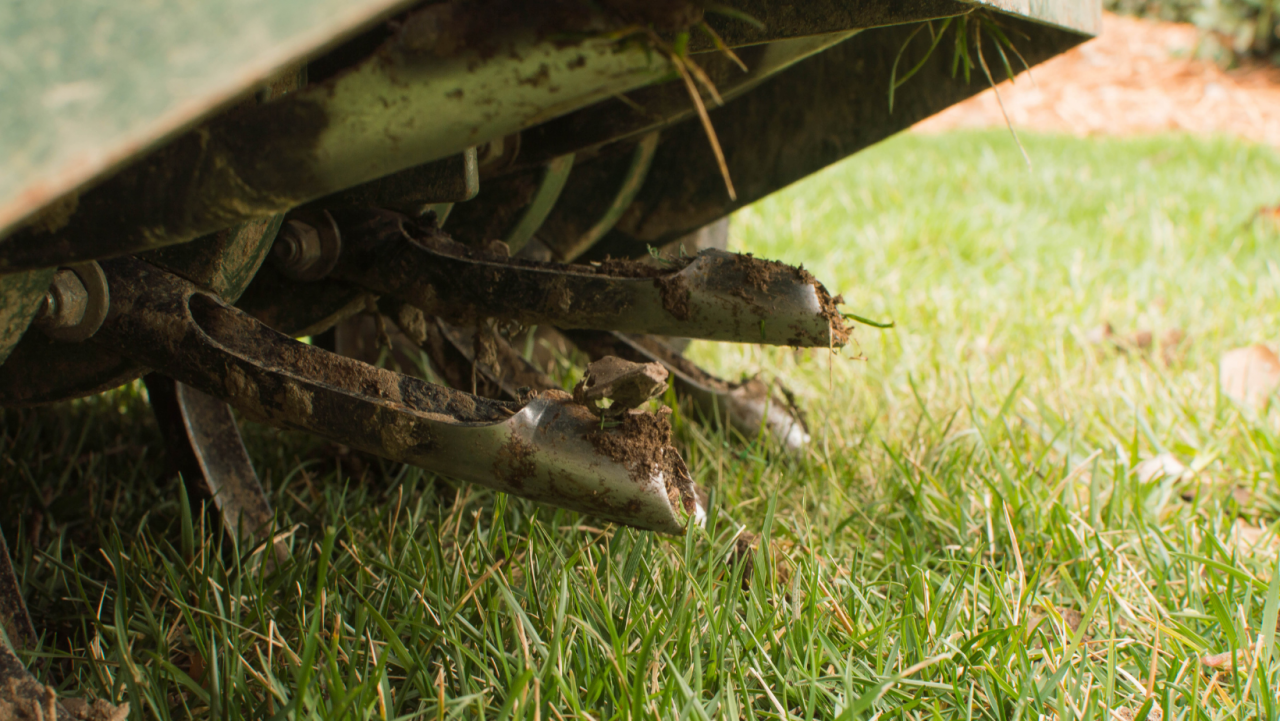 Compacted soils are often the most limiting factors in the growth of all plants in urban and suburban areas. The construction of homes, driveways, roads, and other urban infrastructure often involves the removal of decades worth of well-developed topsoils. Many of the most productive lands evolved under perennial grasses and in recent years much of this land has been converted to urban and suburban areas as cities grow and people look for places to build and live. As we install lawns and landscapes, it’ important to understand the implications that compaction has on plant growth.

Topsoil, the uppermost layer of soil, has the highest concentration of soil organic matter (carbon) of any soil layer and is where most of the soil’s biological activity from micro-organisms occurs. It has the greatest porosity allowing for a combination of oxygen and water to be used by plant roots for growth. When homes are constructed and this topsoil is removed, the many benefits that go along with it are also removed. Compacted subsoils negatively impact turfgrass roots and plant health by limiting access to water, oxygen, and nutrients in the soil profile.

The roots of turfgrasses and other plants are always going to be limited by the amount of access they have to topsoil. This is why so much attention is giving to preparing plant beds for annuals, vegetables, flowers, etc. through tilling and the addition of soil amendments. Unfortunately, the same care and attention are often not given to preparing soils for planting lawns. The good news though is that over time, the hardy perennial nature of most turfgrass species will slowly help restore soils to a more native condition. The fibrous root system of perennial grasses will slowly fracture compacted soils and deposit organic matter into mineral soils each year.

One of the most useful tools in reducing compaction is aerification. This management practice can be performed in a variety of different methods, frequencies, and timings. However, the primary goals addressed by aerification are to reduce soil compaction and increase gas exchange between oxygen and carbon dioxide beneath the soil surface. These have many positive impacts on plant health as a result of deeper, healthier roots as well as increased water and nutrient retention.

Aerification is most successfully timed during periods of active growth such that plant roots can take full advantage of its benefits. This is during periods of cool weather for species such as fescues, bluegrasses, ryegrasses, and bentgrasses and during periods of warm weather for bermudagrasses, zoysiagrasses, centipedegrass, and St. Augustine grasses. Aerifying during periods of active growth also allows time for turfgrasses to cover aerification holes prior to dormancy, cold weather, frosts, excessive heat, or drought. Hollow tines are more effective than solid tines because they remove soil from the profile thereby increasing pore space, whereas solid tines simply open up channels for water infiltration and gas exchange.

Aerification can be performed as little or as often as desired, but the primary factors to consider are soil type and traffic levels. Soils with a high clay content are more easily compacted than sandy soils and therefore require more frequent aerification, especially when experiencing traffic. Using the basic principles presented above, aerification can dramatically reduce compaction and should be considered as a standard practice for many lawn management programs.